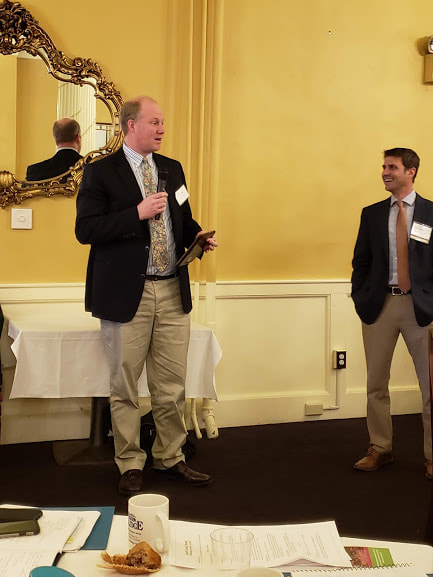 Congrats to Ted Brady, who received the Bernice Murray Award from VCDA in recognition of his contributions to
community development in Vermont.

​Josh Hanford, VCDA Vice President, said Ted’s many years’ efforts supporting community development around the state made him the perfect candidate for this award, named in honor of Bernice Murray, a member of Senator James Jeffords’ Vermont staff for many years, who became the Vermont State Director of the Farmers Home Administration. In recognition of her active support for, and involvement in, community development, an award in her memory is given annually by the Vermont Community Development Association.